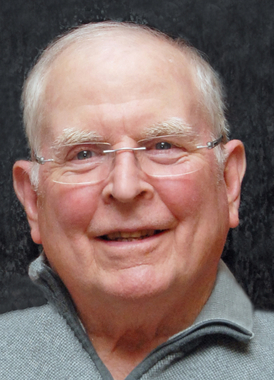 Back to Bruce's story

Bruce Gerard Hansen, went to his heavenly home on Thursday, September 6, 2018.
He was born in Queens, NY, on September 9, 1944 to Norman and Evelyn Hansen.
Bruce moved from New York to attend Concord College in Athens, WV, where he graduated with a Bachelor of Science in Business Administration. He decided that West Virginia was indeed "almost heaven" and began a career there as an economist with the U.S. Forest Service, which lasted 37 years. During his time as an economist, he continued to pursue higher education. Bruce completed his Masters of Business Administration in 1978 and his PhD in 1990, both from the Virginia Polytechnic Institute and State University.
Bruce was preceded in death by his parents and older brother, Richard A. Hansen.
He is survived by his loving wife of 51 years, Judith Lynn Smith Hansen; son Dr. Gregory Hansen and wife Carla; son Dr. Chris Hansen and wife Lori; sister Carolyn Hanold and brother-in-law Richard Hanold; mother-in-law Lydia Hilda Smith; grandchildren Haley, Keaton, Cameron, Major, Mia and Brooks Hansen, to whom he was known lovingly as "Poppy"; numerous brothers-in-law, sisters-in-law, nieces and nephews, and special friends Steve and Betty Keaton, all of whom he loved dearly.
Bruce was a loving husband, father and friend who would "get you" with his intelligent, witty sense of humor in the blink of an eye. He was loved by not only Mt. Lions, Mountaineers and Hokies, but Hoos and Hoosiers, too.
A memorial service will be held at Pembroke First United Methodist Church in Pembroke, VA, on Saturday, September 22nd at 3 pm with Pastor Milburn Pack officiating. A reception will follow in the fellowship hall.
In lieu of flowers, donations may be made to Carilion Giles Community Hospital Auxiliary, 159 Hartley Way, Pearisburg, VA 24134.
Online condolence may be shared with the family via www.memorialfd.com.
The Hansen family is being served by the Memorial Funeral Directory and Cremation Center on the Athens Road in Princeton.
Published on September 14, 2018
To plant a tree in memory of Bruce Gerard Hansen, please visit Tribute Store.

Plant a tree in memory
of Bruce

A place to share condolences and memories.
The guestbook expires on December 13, 2018.