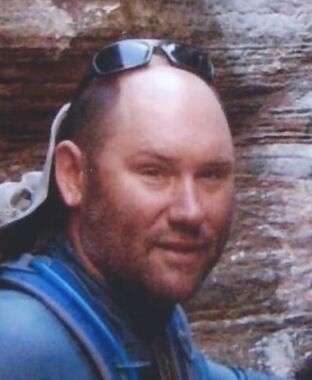 Back to Charles's story

Charles Sibbley (Sib) Weatherford II died peacefully with the love of his family and friends on March 24, 2020. He was 53 years old.
His spirit is carried on by his wife Lauren Weatherford and two daughters Jenna and Jillian Weatherford, parents Charles and Mary Weatherford, sister and brother-in-law Mendy and Doug Haver and their family, brother and sister-in-law John and Monica Weatherford, and special friend Buttercup.
Sib was born September 3rd, 1966 (the same day the Summersville Dam was dedicated, he liked to mention) and raised in the small town of Fayetteville, West Virginia. It was an idyllic childhood, full of friends and family. He was given a strong moral and spiritual foundation with an emphasis on joy provided by his mother who was his guiding force and primary influence throughout his life. He was an active kid, running around town with his friends, mowing lawns to earn his own money, and playing tennis and football. As a teen, a frizzy haired Sib sang in the glee club with perfect pitch and worked as a lifeguard at Fayette County Park. Sib's parents instilled in him a love of travel and discovery on family vacations and long drives with his father just to see where they could go.
Music, sports and reading were big parts of Sib's life. He grew up listening to the family songbook of hymn's, standards and the occasional Willie Nelson tune. As a teen he started a lifelong habit of concert going to see the likes of The Rolling Stones, Springsteen, REM, Garth Brooks, and Elton John to name a few. Closer to home, Sib could be found anywhere there was live music being played in and around Fayetteville.
He was also a huge sports fan, rooting for the WVU Mountaineers, virtually any college football game (while always giving his sister a hard time about the SEC), he was a Cowboy's fan and loved to argue with his grandfather- a Redskins fan, and he had a love for NASCAR stemming from the early days of walking in with his dad to sit on concrete bleachers at Bristol.
From an early age he learned to love the outdoors and adventure, camping with his grandparents at Brookside on the banks of the New River. Later on he and his sister would be dropped off at Thurmond to take river trips with Wildwater Expeditions. As an adult he made his passion his career, as a ski patroller, a raft guide, and a river manager, Sib worked in the outdoor industry for more than 30 years. He was well known in the outdoor community as a great boss, co-worker, and friend. Sib was the second of three generations of river guides in his family, beginning with his father in the early days of the industry, and going on to include him and his brother, wife, sister-in-law and now his oldest daughter.
Sib eventually stepped away from the outdoors and returned to school to complete his bachelor's degree. He began a second career working for the WV Division of Rehabilitation Services where he was able to improve the lives of those with disabilities, a job he was passionate about. Sib always felt grateful that he could help people in need. He loved his work and his co-workers.
Sib had a biting sense of humor. He let his friends know how much he cared about them by how much of a hard time he gave them; the more Sib made fun of someone, the more he liked them. He had a beaming smile and a genuine nature that was loved by everyone that knew him. Sib made true friends wherever he went.
Disabled by a rare condition later in life, Sib never let his physical limitations hold him back. He was often heard to say, "I'm too dumb to quit!" Despite being confined to a wheelchair, he still rafted the class V rapids of the Upper Gauley and skied using an adaptive sit-ski. "Keep moving forward. There's always a challenge, and there's always something exciting and fun that you can do," he said after he became a local celebrity by ziplining off the New River Gorge Bridge in his wheelchair, a feat that matched Sib's spirit of never giving up.
Sib inspired people, partly because he was so courageous in the face of his illness and partly because he was such a good friend to all that knew him. Sib deeply loved his wife, and he was a dedicated and supportive father to their girls. He bragged about them all the time. His girls meant the most to him.
Sib Weatherford was a good man who left the world, and everyone in it, far better off than he found it.
Per Sib's wishes, he will be cremated. Later this year there will be a celebration of Sib's life open to all that knew him or were inspired by him.
In lieu of flowers the family asks that in Sib's name you find ways to support local businesses and artisans in these challenging days.
Published on March 26, 2020
To plant a tree in memory of Charles Sibbley 'Sib' Weatherford II, please visit Tribute Store.

Plant a tree in memory
of Charles

A place to share condolences and memories.
The guestbook expires on June 24, 2020.

Mary Lu and Rick Vickers
We have such special memories of Sib from the early teenaged days of BYF, My favorite memory was his energy. We would be in a short devotional time at BYF and I would say "Sib, keep still for just a minute!" Of course those were words wasted! Haven't been a part of his later life, just the teenage years, but we loved him then and were impressed by the tributes for him. He did his parents proud! Rick and I love your family (Mary Lu for a long time), We were proud to know Sib and your family. God bless you and comfort you now and for always.
Megan Hampton
He and his family always treated me as family, no matter what the circumstances. Love and well wishes to all of the family in this time of loss
Larry Case
God Bless all of Sib's family during this time, all of our thoughts and prayers go out to Lauren, his daughters and his parents
Hilarie Jones

A memorial tree was planted in memory of Charles Sibbley 'Sib' Weatherford II.  Plant a tree

Bryan and Karen Burch
We are heartbroken. We love you all and you are in our prayers.
Kathryn and Jim Toler
We are so sorry to hear about Sib’s passing. Our prayers for peace and comfort are with his family at this difficult time.
View all 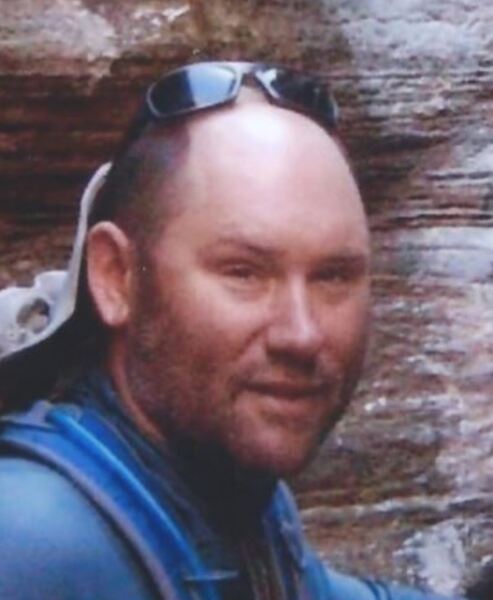