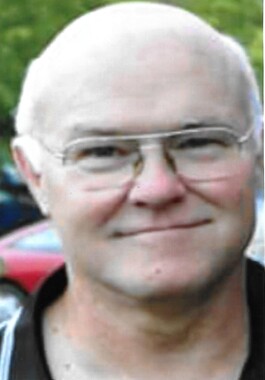 Back to David's story

"This wonderful person came into my life 27 years ago".
Born David Eugene Lilly, Jr. to David Eugene Lilly, Sr. and Mary Alice Ward Lilly on July 26, 1961.
Eugene always had a smile on his face and something funny to say. He was a born-again believer of Jesus Christ and was of the Baptist faith.
Eugene worked for Frank's Trucking for many years. He also worked for Shane Smith of Triple S of Beckley, and later had his own trucking business, E&A Trucking. He loved fishing, hunting and going to his grandson's baseball games.
Eugene suffered heart failure in February, 2004 and lost his battle on July 10, 2019.
He was preceded in death by his parents and grandparents, his first wife, Davida Cochran Lilly, and his beloved son, Kevin Michael Lilly.
Survivors left to cherish his memory include his wife, Ann Meadows Lilly; four stepchildren, nine grandchildren, a brother, Russell Lilly, a niece and two nephews.
Funeral services will be conducted at Rose and Quesenberry Funeral Home Shady Spring Chapel on Sunday, July 14, 2019 at 3 PM, with Pastor Greg Lilly officiating. Burial will follow at Blue Ridge Memorial Gardens at Prosperity, WV. Friends may visit with the family from 1 PM until service time on Sunday at the funeral home.
Pallbearers will be son-in-law, Terry, grandchildren, Ryan, Josh, Jordan, Jason, and nephew, Tyler. Honorary pallbearer will be Jacob Meadows, who taught him the game of baseball.
Private online condolences, floral tributes, and other expressions of sympathy may be directed to the family
via our guestbook at www.roseandquesenberry.net.
Arrangements are by Rose and Quesenberry Funeral Home Shady Spring Chapel, 729 Flat Top Road, Shady Spring, WV.
Published on July 11, 2019
To plant a tree in memory of David Eugene Lilly Jr., please visit Tribute Store.

Plant a tree in memory
of David

A place to share condolences and memories.
The guestbook expires on October 09, 2019.