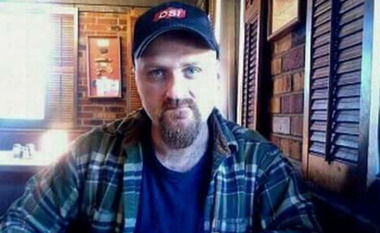 Back to Donnie's story

Donnie Ray Shrewsbury, 44, of Peaks Ridge, Basin, died Wednesday, March 7, 2018, at his home, following a long illness, surrounded by family. He was born August 6, 1973, in Beckley, the son of Ceberd and Kathy Shrewsbury, of Basin. Donnie was a proud coal miner, a dedicated father, son, and brother. He was preceded in death by his grandparents, Austin and Effie Shrewsbury and Amos and Elva Mills. Those left to cherish his memory, in addition to his loving parents, are his son, Austin Shrewsbury, of North Carolina; twin brother, Johnny Shrewsbury and his wife, Susie, of Basin; sisters, Michelle Milam and husband, Richard, of Basin, and Malena McCormick and husband, Travis, of Basin; niece, Brittany Milam and companion, Ben Crawford, of Crab Orchard; nephew, Zachary McCormick, of Basin; several aunts, uncles and friends. Funeral services will be held 2:00 P.M. Monday, March 12, 2018, from the Burns Wornal Chapel of the Memorial Funeral Directory on the Athens Road in Princeton with Pastor Charles McKinney, Jr., officiating; burial will follow in Mitchel McKinney Cemetery, Peaks Ridge. Friends may visit with the family Monday from 1:00 P.M. until the service hour at the funeral home. Online Condolences may be shared with the family via www.memorialfd.com. Friends & family will serve as pallbearers. The Shrewsbury family is being served by the Memorial Funeral Directory and Cremation Center on the Athens Road in Princeton.
Published on March 10, 2018
To plant a tree in memory of Donnie Ray Shrewsbury, please visit Tribute Store.

Plant a tree in memory
of Donnie

A place to share condolences and memories.
The guestbook expires on June 08, 2018.

Restore the guestbook to view the 3 more posts by family and friends, and share a memory or message of condolence of your own.