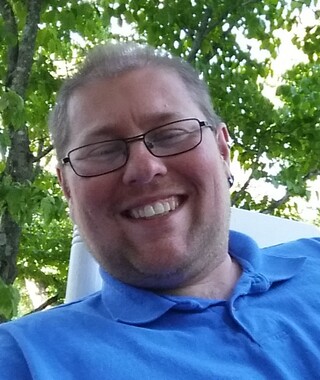 Back to Douglas's story

On August 10th, 2019 the world became less bright with the loss of Douglas Ronald Dick II. Doug, along with his EMS partner Brittany Young, lost their lives in the line of duty in the job they loved serving in the Emergency Medical Service.
Doug was born in 1983 in Chicago Illinois, to Douglas Ronald Dick Sr. and Tammy McNulty-Dick. He moved to Flat Top, West Virginia in 1986 with his grandparents he loved so dearly, Irene Dick and Matthew Blevins.
He grew up loving all things Motorcross racing ATV's at Moms Mountain in Daniels, WV and Good Evening MX (A.K.A. Mountaineer MX Park) in Summersville, WV. He eventually found employment at United Cycle in Beckley, WV, where he kept his love of MX alive and helped younger generations find the same love of the sport he had.
In 2002, Doug Sr. was killed in a tragic motor vehicle accident, which sparked another passion for Doug. He became an EMT with Ghent Fire Department, where he also served as a volunteer fire fighter. Doug hoped to help save others from the pain he felt at the loss of his father and wanted to help those in need.
In 2006, he married Candence (Candie) Moore and started a marriage full of love and wonder. Their two children, Kaylie and Douglas (Wyatt) were the center of his world and his true joy. Being an excellent husband and father were the accomplishments that he treasured the most.
After working in sales for several years, he found his way back to his true calling in EMS working for Jan-Care. He always found more satisfaction in helping others than in merely assisting them with high-quality goods and services.
He leaves behind a legacy of goodwill and a host of loving family and friends.
Survivors include his wife, Candence Dick and two children, Kaylie and Douglas Wyatt of Shady Spring, WV; mother, Tammy McNulty-Dick of Burr Ridge, IL; one sister, Crystal (Ben) Broz of Hammond, IN; his grandfather, Matthew Blevins of Shady Spring, WV; three uncles, Roger Dick of Indianapolis, IN, Jim Dick of Illinois, and Bear Dick of Des Plains, IL; three aunts, Lena Arthur (Mark) of Piney View, WV, Dawn Garcia (Bonifacio) of Chicago, Illinois, and Alice (Lorenzo) Lorenzo of Chicago, Illinois; and numerous nieces, nephews, he loved and cherished and the multitude of others whose lives he touched.
A memorial service will be held to Celebrate the Life of Douglas Ronald Dick II on Thursday, August 15, 2019 at 8 PM at Rose and Quesenberry Funeral Home Shady Spring Chapel with speakers Chris Vanderhans, Shane Alexander, Bryan Buchannan and Tommy Dick. Dr. Eric McClanahan will offer a eulogy, with words of thanks from Doug's wife, Candence. Friends may visit with the family from 5 PM until 8 PM on Thursday at the funeral home. Honors will be provided by EMS.
In lieu of flowers, donations can be made to the Beckley-Raleigh County Humane Society.
Private online condolences and other expressions of sympathy may be directed to the family via our guestbook at www.roseandquesenberry.net.
Arrangements are by Rose and Quesenberry Funeral Home Shady Spring Chapel, 729 Flat Top Road, Shady Spring, WV.
Published on August 13, 2019
To plant a tree in memory of Douglas Ronald Dick II, please visit Tribute Store.

Plant a tree in memory
of Douglas

A place to share condolences and memories.
The guestbook expires on November 11, 2019.