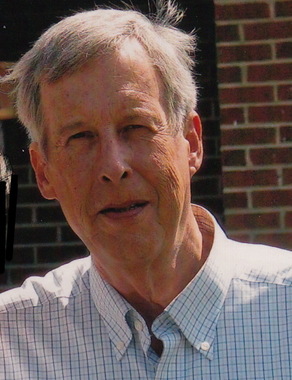 Back to Dr. David's story

Dr. David Keller Baxter, 71, of Plymouth Street, Athens, died peacefully, Tuesday, May 29, 2018, at Princeton Community Hospital.
Born September 25, 1946, in Princeton, he was the son of the late Charles "Bo" Keller and Elizabeth Margaret Vermillion Baxter.
As a young man, David displayed dedication becoming an Eagle Scout with Boy Scouts of America prior to earning his Bachelor's at Concord University. David completed his education with a Doctorate of Mathematics at the University of Alabama. David used his gift of Math at NASA prior to teaching Mathematics at various universities including VMI and Concord University, where he was a Blue Key Honor Society Sponsor.
During his retirement, David enjoyed spending his time on family genealogy and working on the history of the Town of Athens with his friend, Garland Elmore, using much of his father's notes to develop a website, athensweknew.com
In addition to his parents, he was preceded in death by a sister, Victoria Fowler.
He is survived by his wife, Deborah G. Baxter; children, Dr. Brian and Kacey Baxter, Kelly and Jeff Eastin, all of Huntsville, Alabama, David Joseph Cantrell and DeanAnn Farris, of Warren, PA, and Sgt. Samuel and Kellie Cantrell, of Bridgeport, WV; grandchildren, Andrew, Matthew, Calli, Betsy, Skyler, Joshua, Kathleen, Raegan, and Danny; his beloved furry grandchildren, Zeke and O.C.
The family would like to thank the staff of Princeton Community Hospital E.R. and CCU for their kindness and support.
The family will honor David's wishes; he will be cremated. A memorial service will be held at a later date. Online condolences may be shared with the family via memorialfd.com The family requests in lieu of flowers, donations be made in his honor to: Athens Baptist Church, P.O. Box 728, Athens, WV 24712. The Baxter family is being served by the Memorial Funeral Directory and Cremation Center on Athens Road in Princeton.
Published on June 2, 2018
To plant a tree in memory of Dr. David Keller Baxter, please visit Tribute Store.

Plant a tree in memory
of Dr. David

A place to share condolences and memories.
The guestbook expires on August 31, 2018.