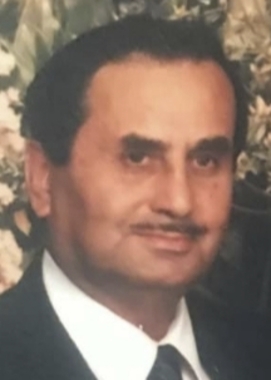 Back to Ellis's story

Mr. Wheby died peacefully with no pain or struggle on March 21, 2020, at the Bowers Hospice House. He was born July 28, 1930, in AnToura El Mtn, Lebanon. He was preceded in death by his parents Aziz and Azizi Azar Wheby, the love of his life, Juanita Wheby, brothers, Michael and Joseph, and sons, Larry Joe Sweeney and Danny William Wheby. He is survived by his sister Mae, brothers Raymond, Nissif and Tony Azar, daughters Mary Linda Wheby of Charlotte, NC, Anita Gershen and Debrin Jenkins of Beckley, sons Willie Dean Sweeney, Ellis (Tony) Wheby of Beckley and Michael Wheby of Eccles, WV; grandchildren Joe Jenkins of Charleston, WV, Lisa Elsdon of Mebane, NC, Joshua Bennett, Richard Wheby, Ryan Wheby, Makenzie Boggs, and Matthew Wheby of Beckley, and great grandchildren Andrew Elsdon, Lauren Bennett, Landon Jenkins, and Joslyn Jenkins.
Mr. Wheby received his 2-year business certificate from the Beirut School of Business and emigrated to the United States with $20 in his pocket in 1955. He owned and operated the Mid Way Lunch, Rainbow Grill and Beaver's Grocery in Beckley. He loved life and had a great sense of humor, and although a small man in stature, he had a giant presence and pound for pound was the strongest man that many had ever met. He was extremely athletic, swimming across New River on many instances, enjoyed hunting pheasant and rabbits and fishing. He spoke, read and wrote Aramaic, Arabic, French, and English, loved to read and discuss history, politics, wrote beautiful poetry, and taught Sunday school at Pikeview Christian Church in Beckley. He enjoyed and won many father and son Boy Scout derby and bake offs as he was an excellent cook. He was a great example to his sons and grandsons on being a good man and to his daughters on the type of men they should marry. His grandchildren and great grandchildren, and any child that met him loved him as he talked to children on their level and was interested in what they said.
In 1989, At age 60, he wrestled and pinned a grizzly bear at the Ramada Inn, and won his last (of many) fist fights at age 73 against a much younger man. He was fearless and always protected his family and those that couldn't protect themselves.
Mr. Wheby loved people and always gave the best he had when ever anyone came to his home or to one of his great Sunday picnics at Stephens, Beaver or Bass Lake. He always advised his children to never give up and, if knocked down seven times, get up eight. He was generous, smart, and proud of his family and their accomplishments. We, his family, are so proud to have had him in our lives and will do our best to implement all he taught us.
Due to the Covid 19 situation, there will be no funeral service and a small family-only gravesite service and burial will be held at Sunset Memorial Park in Beckley. At a later date, a memorial service will be held to Celebrate the life of Mr. Ellis Wheby where everyone will be invited to attend. In lieu of flowers, the family request donations be sent to the Hospice of Southern WV in his honor. Private online condolences and other expressions of sympathy may be directed to the family via our guestbook at www.roseandquesenberry.net. Arrangements are by Rose and Quesenberry Funeral Home, 1901 South Kanawha Street, Beckley, WV.
Published on March 22, 2020
To plant a tree in memory of Ellis Aziz Azar Wheby, please visit Tribute Store. 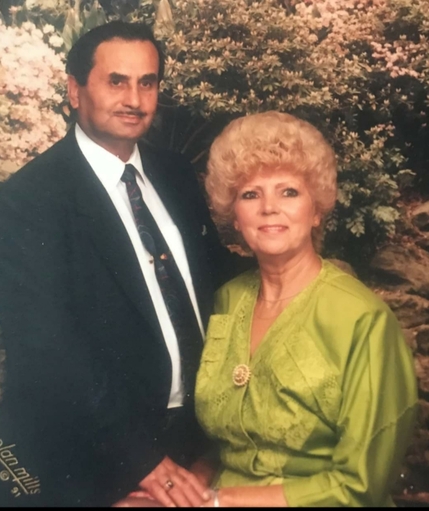 Plant a tree in memory
of Ellis

A place to share condolences and memories.
The guestbook expires on June 20, 2020.

Julian and Jo Ann Grubb
We desire to express our sympathy and love to the Ellis Wheby family upon the passing of Brother Ellis Wheby. We have many fond memories of Brother Ellis, and we rejoice to recall the time of his baptism at the Pikeview Christian Church and his faithful attendance at all the services. Also, it's joyful to recall the fellowship and hospitality of being in his home. He was a wonderful man and a true friend! You have our prayers and encouragement during this difficult time.
Darrel E. Hatcher
Good bye to my very good friend .
Azar Family
Some Memories of Lebanon
​When Uncle Ellis was in his twenties, the world was recovering from a second world war, and his family was made of 9 members: Grandpa Aziz, Grandma Aziza, my mother Mae, and my 6 uncles: Joseph, Ellis, Raymond, Nassif, Tony and Michael. The older siblings had to work in order to help their father support the family.
​So, when Uncle Ellis was 20, he started teaching mathematics and Arabic to kindergarten classes in the neighboring village Tarchich. But to get to the village, he had to cross the mountains and to take a difficult dirt road, seeing as he didn’t have a car. He had to descend by foot all the way to the bottom of the valley, only to have to climb bac...k up the second hill. This hike took him an entire hour to get to Tarchich and another hour to get back home. However, he repeated that every single day in the heat or in the snow, without ever complaining, in order to provide for his family.
​Later on, he started working with his brothers Joseph and Nassif in Beirut harbor to cover the college fees of Raymond, Michael and Tony.
​He loved church since childhood, as his house was located in the town square, just across from St. Nohra church. He was the best at ringing the big church bell and he always volunteered to serve during mass.
​When he came back to Lebanon in around 1994, my grandparents were still alive, each being about 90 years old. I remember the day he left; he had taken a taxi to the airport and grandpa was standing in front of the house. He was watching the taxi drive away as tears were running down his face. I remember him telling me: “This is probably the last time I see him.”
​And indeed, grandpa passed away a few years later. The two of them must be reunited now. What hurts the most is that Uncle Ellis left without us having the chance to say goodbye. We would have loved to be by your side during these difficult times.
Ghida Azar Zein
On behalf of all the familyRead more
Riad Azar
Ellis was a great man, full of life with a great personality. Many people love him a lot in Lebanon where I am currently and many still remember him fondly. We will miss him a lot!

Riad Azar
Susan Allen
Debrin and family. I know you will miss your dad however you have many memories so hold those near and remember them often. Love you.
Frank Pack
Good man and good family
View all 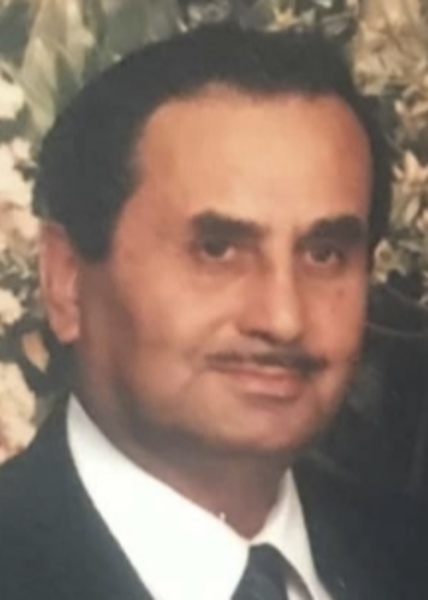