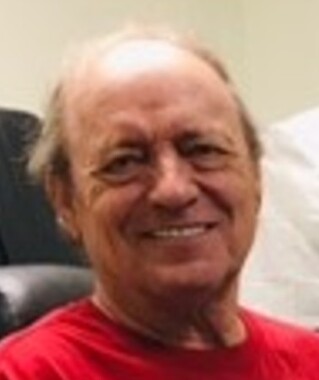 Back to Gary's story

Gary L. "John" Puckett, 65, of Beckley, West Virginia, formerly of Corinne, went to be with his Lord and Savior on January 22, 2020, after a long and courageous battle with lung cancer.
John was born on February 4, 1954, to the late Thomas Lee Puckett, Sr. and Betty Smith Puckett in Beckley, West Virginia. John was a 1972 graduate of Stoco High School.
John was a retired coal miner of 23 years performing various duties including section boss, long wall boss, roof bolter, belt man, and miner man. He was a member of the UMWA and a member of the Mine Rescue Team. He participated in many competitions throughout the state.
John was of the Pentecostal faith and when his health allowed, attended Sand Branch Worship Center.
John was a devout family man and he greatly enjoyed fellowship at family gatherings. His hobbies were hunting, fishing, and 4-wheeling. He was an avid NASCAR fan, and loved talking about the Lord.
In addition to his parents, he was preceded in death by his beloved son, Jody Puckett, brothers: Robert Puckett and Chester Puckett, maternal and paternal in-laws, Janet Hash Blankenship and Luther Gaylord Blankenship,
Those survivors left to cherish his memory are his loving wife of 46 years, Sandra Puckett, his daughter, Stephanie Puckett, his sister Judy Puckett Chafin (Stanley Chafin), a brother Fred Puckett, a brother Thomas Lee Puckett, Jr. (Sheila Puckett), sisters-in-law, Mary Puckett and Barbara Puckett. Also left to cherish his memory are many nieces, nephews, cousins, aunts, uncles, and a host of friends.
Funeral services will be conducted at Rose and Quesenberry Peace Chapel in Beckley, WV on Monday, January 27, 2020 at 2 PM with Pastor Ken Souder officiating. Burial will follow at Blue Ridge Memorial Gardens at Prosperity, WV. Friends may visit with the family from noon until service time on Monday at the funeral home.
Pallbearers will be family members and friends.
In lieu of flowers, the family requests donations be made to Mrs. Sandra Puckett for medical and cancer treatments costs.
Private online condolences and other expressions of sympathy may be directed to the family via our guestbook at www.roseandquesenberry.net.
Arrangements are by Rose and Quesenberry Funeral Home, 1901 South Kanawha Street, Beckley, WV.
Published on January 24, 2020
To send flowers to the family of Gary L. 'John' Puckett, please visit Tribute Store.

Send flowers
in memory of Gary

A place to share condolences and memories.
The guestbook expires on April 23, 2020.

Joseph Golden, MD
On return home after being away, I have seen that John died. My condolences to all family members.
Kathy Hungate
So sorry for your loss god bless you and your family
Marie and joe fuller
We are so sorry for your loss. Some of the best times we had were with our kids in Corinne bottom. Some of the best neighbors anyone could have. Our prayers are with all of you.
View all