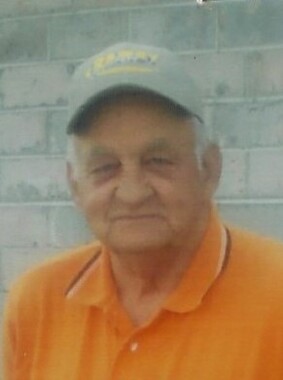 Back to James's story

James Kermit Wilson, 80, of Princeton, fought the good fight and finished the race to enter into the presence of the Lord on Monday, September 3, 2018.
James was born June 16, 1938 at Rhodell, WV, to James Butler and Mabel Farley Wilson. He was the seventh of eleven children and was the much-loved brother to them all. Graduating from Mark Twain High School in 1956 he joined the US Navy and retired following 20 years of service. He relished his time in the Navy and regaled in telling stories of his experiences and travels. James graduated from Concord College following his military retirement and taught at multiple schools in McDowell County for another 20 years before retiring.
James came to Christ in 1981 at the Ceres Baptist Church. He was a member of the Harbour Light Baptist Church at the time of his death. Most important he was a member of the bride of Christ.
James was loved by so many and was described as a best friend, role model, and personal hero to many. He was known for his love for children and his dedication to kids.
His children, grandchildren, and many nieces and nephews looked forward to his presence and undivided attention and love. He took an interest in every child he encountered. James was also known for his care and compassion for others, his humble spirit, his sense of humor, and his vast knowledge of sports.
Unconditionally James loved his family, and was a devoted husband, father, and brother. He showed no concern for himself, even as death approached he attempted to comfort and encourage others. Everything he did was in support to his family. A better earthly father could not exist.
James was preceded in death by his parents, James Butler Wilson and Mabel Farley Wilson, as well as three brothers, Gene, Franklin, and Colin Wilson; and two sisters, Eleanor Janice Billups and Muriel Wilson.
Those left to cherish his memory include his loving wife, Betty Wilson; two daughters, Trish Wilson Clark of Wytheville, VA and Louise Baldwin and husband, Fred of Bluefield, WV; his much beloved grandchildren, Christian Ballard, Lyndsay Clark, and Natalee Baldwin. He also had two step-grandchildren that he dearly loved, Siarrhea Abram and husband, Kindale and their daughter, Isabella, and Alyssa Baldwin; sisters, including, Lorraine Hatcher of Chapel Hill, NC, Margaret "Peggy" Wilson of Cortaro, AZ, Rheda Gallimore of Princeton, WV, Paulette Vines and husband, Mike of Beckley, and Pam Wilson of Beckley; many nieces, nephews, extended family and friends.
Services to celebrate the life of James Kermit Wilson will be held 1:00PM Saturday, September 8, 2018 at Roselawn Funeral Home with Pastors Robert Layne and Ralph Steele officiating. Following the services James Kermit Wilson will be laid to rest at Roselawn Memorial Gardens, Princeton with Military Honors by the Mercer County Honor Guard. Nephews will be serving as pallbearers.
Friends may gather with the family from 6:00PM until 8:00PM Friday at the funeral home.
In lieu of flowers, donations to his favorite charity, St. Jude's Children's Hospital are encouraged. He would also encourage others to love one another, to pursue the Lord morning, noon, and night and remember " Him that cometh to me I will in no wise cast out" John 6:37
Online condolences and other information can be found by visiting www.roselawnfuneral.com
Roselawn Funeral Home and Memorial Gardens, 450 Courthouse Road, Princeton is honored to be serving the family.
Published on September 5, 2018
To plant a tree in memory of James Kermit Wilson, please visit Tribute Store.

Plant a tree in memory
of James

A place to share condolences and memories.
The guestbook expires on December 04, 2018.