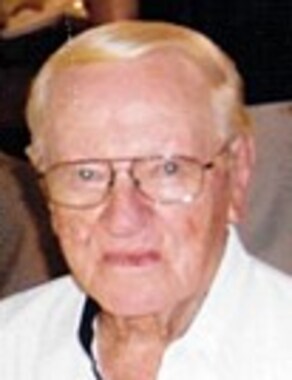 Back to Jesse's story

Jesse Franklin Terry was born May 6, 1922 at Midway, WV and passed away on January 6, 2020 in Beckley, WV. He was the son of the late Gus and Lottie Terry and was a life-long resident of Midway.
Jesse was a retired employee at Affinity, Eastern Associated Coal as a tipple operator.
He is preceded in death by his loving wife of 66 years, Irene Pike Terry; daughter Helen; 2 brothers Clayton and Ernest; son-in-law Earl Richards; 2 brothers-in-law Ray Taylor and Rush Reed.
Jesse is survived by his daughter Margie Richards of Crab Orchard; grandson Robert Richards and his wife Evonne of Grandview; great-granddaughter Nicole Blankenship and her husband Nick of Midway; 4 great-great-grandsons Kaiden, Waylon, Brentley, and Maddox of Midway; sisters Laura Reed of Columbia, SC and Elva Taylor of Midway; and many nieces, nephews, and friends who will miss him dearly.
Jesse was a veteran of WWII where he saw action in Naples. He was a member of the 36th Infantry Division where he and the rest of the Division took a walking tour of Europe ending up in Germany. He returned home on December 19, 1945 during a major snow storm. He was also one of the oldest members of the Midway Church of God. He loved to spend his time hunting and most importantly fishing with his wife.
The family will receive friends for visitation on Friday, January 10, 2020 from 11 am - 1 pm at Blue Ridge Funeral Home. A Funeral Service will follow at 1 pm with a burial at Canaday Cemetery in Crab Orchard.
In lieu of flowers, donations may be sent to Hospice of Southern WV, PO Box 1472, Beckley, WV 25802. The Beckley Police Department, West Virginia State Police, and Raleigh County Sheriff's Office has the honor of being pallbearers.
Online condolences may be sent to the family at www.blueridgefuneralhome.com.
Blue Ridge Funeral Home has the honor of serving the family.
Published on January 8, 2020
To send flowers to the family of Jesse Franklin Terry, please visit Tribute Store.

Send flowers
in memory of Jesse

A place to share condolences and memories.
The guestbook expires on April 07, 2020.

Rhonda Phillips
Margie, so sorry to hear about Mr. Terry! He was such a sweet man! You and your whole family are in my thoughts and prayers!
Vanessa(Yancey) Bragg
So sorry to hear Jesse passing away. Jesse and Irene were good friends of my mom, Ruth Yancey. She loved them both and loved visiting with them. Prayers for Margie and Elva and families.
Nancy

America the Beautiful was purchased for the family of Jesse Franklin Terry by Nancy.  Send flowers

Glen Davis
Jesse was my cousin and a very good man, he was good to everyone. Marge am so sorry for you.
Cecelia and Vonley Cole
We are very sorry for your loss, Jess was a good friend and will be missed by all.
View all