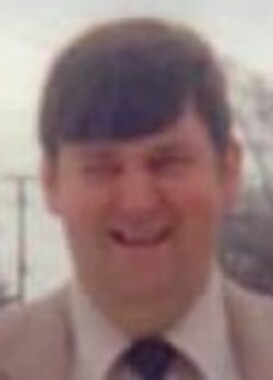 Back to John's story

John William Holliday, age 75, of Beckley, WV, went home to be with the Lord on Monday, March 11, 2019 at Plateau Medical Center in Oak Hill, WV.
Born on November 23, 1943 in Beckley, he was the adopted son of his grandparents, John R. Holliday and Anna Mary Morrison Holliday, and was the biological son of Earl McCormick and Virginia M. Nugen.
Mr. Holliday was US Navy Veteran and was a former employee of Heilig Meyers Furniture Company and Modern Furniture Company in Beckley. He also had worked for Orkin Exterminating. He enjoyed collecting trains and spending time with his family. Mr. Holliday was a member of Beckley United Pentecostal Church.
In addition to his parents, he was preceded in death by daughters, Stephanie and Mary Elizabeth.
Those survivors left to cherish his memory include his wife of nearly 56 years, Audrey Jane Hypes Holliday; children, John William Holliday II and wife Sherri of Grandview, Donald E. Holliday of Charleston, WV, Rebecca Holliday of Beckley, and Amanda Hart and husband Kevin of Oak Hill; brothers, Samuel Nugen and partner Bert Hoskinson of Louisville, KY, and John H. Holliday and wife Mitzie of Memphis, TN. Several grandchildren and great grandchildren also survive.
Funeral services will be conducted at Rose and Quesenberry Peace Chapel in Beckley on Friday, March 15, 2019 at 1 PM, with Pastor Jacob Pack and Rev. Lloyd Hart officiating. Burial will follow at Blue Ridge Memorial Gardens at Prosperity, WV. Friends may visit with one hour prior to the services on Friday at the funeral home.
Pallbearers will be grandsons.
Private online condolences, floral tributes and other expressions of sympathy may be directed to the family via our guestbook at www.roseandquesenberry.net.
Arrangements are by Rose and Quesenberry Funeral Home, 1901 South Kanawha Street, Beckley, WV.
Published on March 13, 2019
To plant a tree in memory of John William Holliday, please visit Tribute Store.

Plant a tree in memory
of John

A place to share condolences and memories.
The guestbook expires on June 11, 2019.

Restore the guestbook to view the 3 more posts by family and friends, and share a memory or message of condolence of your own.