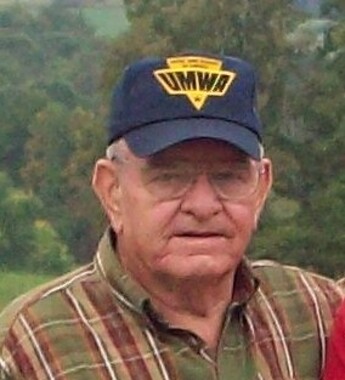 Back to Kenneth's story

Kenneth Matherly, 87 of Furrow Lane, Lerona formerly of Shady Spring, died Sunday, May 27, 2018.
Born in Lillybrook on August 29, 1930, he was the son of the late Orley Carl Matherly and Etta Marie Meadows Matherly.
Kenneth was a retired truck driver and was a member of the United Mine Workers of America. He attended the Pettry Church of Christ and enjoyed mowing his lawn. He was a US Army veteran and was a loving son, husband, brother, dad, papaw and friend.
In addition to his parents, he was preceded in death by an infant daughter, Andrea Dawn Matherly and three brothers, Junior, Chester and Darrell Matherly.
Survivors include his devoted wife of 63 years, Ruby Genieve Coburn Matherly; three loving children, Brenda Dunbar of Princeton, Bonita Simpson and husband Mike of King George, VA and Randall Matherly and wife Carolyn of Ruther Glen, VA; five grandchildren, Katrina Dobroski and husband Mike, Greg Atkinson and wife Angela, Katie Huffstickler and husband Sam, K.C. Matherly and Kelly Simpson; four great-grandchildren, Brennen, Finn and Ruby Atkinson and Drew Huffstickler; two sisters, Lois Moser of Brookpark, OH and Linda Dick of Princeton; several nieces and nephews; his beloved cat, Mocha.
Funeral services will be held 11:00 A.M. Thursday, May 31, 2018 from the Burns Wornal Chapel of the Memorial Funeral Directory on the Athens Road in Princeton with Minister George Taylor officiating. Burial will follow in Resthaven Memorial Park in Princeton, where military honors will be conducted by the West Virginia National Guard Honor Guard. Friends may visit with the family Wednesday from 6:00 PM until 8:00 PM at the funeral home.
Online condolences may be shared with the family via www.memorialfd.com. The family has requested in lieu of flowers, donations be made in Kenneth's honor to: St. Jude's Children's Research Hospital, 262 Danny Thomas Place,
Memphis, TN 38105-3678.
Family and friends will serve as pallbearers.
The Matherly family is being served by the Memorial Funeral Directory and Cremation Center on the Athens Road in Princeton.
Published on May 29, 2018
To plant a tree in memory of Kenneth Matherly, please visit Tribute Store.

Plant a tree in memory
of Kenneth

A place to share condolences and memories.
The guestbook expires on August 27, 2018.