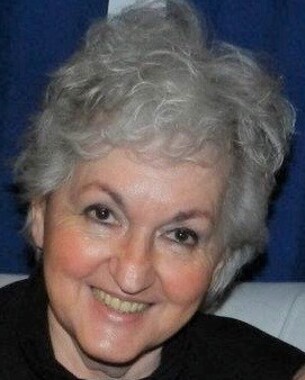 Back to Loretta's story

Loretta McNamara Kelly Laspina, 79, of Morgantown, passed away on Thursday, February 13, 2020, at home with her family by her side.
She was born on March 8, 1940, in Princeton, WV, the daughter of the late Donald W. McNamara and Lena P. Poff.
Loretta graduated in 1958 from Mullens High School and in 1963 from Concord College with a BA in Business Education. She taught at Gary High School and Matoaka High School. She worked as a realtor for Century 21, and as an agent for Prudential Insurance in Beckley. Later she worked as a temp for WVU and spent 16 years with the FBI in Clarksburg from which she retired in 2009.
She loved gardening and bird watching, and she loved spending time with her family.
Loretta is survived by her daughter, Cindy McVey of Morgantown; son, Scott Kelly and wife, Carrie, of Morgantown, and son, Steve Kelly and companion, Connie Humphries Caron, of Beckley; six grandchildren: Wesley McVey and wife, Nicole Watkins, Sean McVey and wife, Nicole Golden, Jake Kelly, Jessie Kelly, Conner Kelly, and Payton Kelly; and five great grandchildren: Rilee Arbuthnot, Lily McVey, Thorin McVey, Declan McVey, and Saoirse McVey.
In addition to her parents, she was preceded in death by sisters, Milajean Brown and Freda McNamara, and brother, Melvyn McNamara.
The family wishes to give heartfelt thanks to the employees of Amedysis Hospice Care for their extraordinary care of Loretta. The following persons with whom we dealt frequently were Emily Crow, Robin Nichols, and Danielle Watkins. We also owe thanks to Avery Burrell, Kaitlyn Morrison, Cathy Morrison, and Amanda Morrison for providing in home care. Special thanks and love to Betty Jo Edgell who went above and beyond being a caregiver. She will always have a special place in our hearts.
In accordance with her wishes, cremation services will be provided by Hastings Funeral Home, Omega Crematory. Friends and family will be received at Hastings Funeral Home, 153 Spruce st., on Saturday, Feb. 22, from 2-5 p.m.
In lieu of flowers, please make a donation in her memory online https://give.wvu.edu/wvumedicine-rni and make a donation for Alzheimer's Research at the Rockefeller Neuroscience Institute.
Send condolences online at www.hastingsfuneralhome.com
Published on February 14, 2020
To send flowers to the family of Loretta McNamara Kelly Laspina, please visit Tribute Store.

Send flowers
in memory of Loretta

A place to share condolences and memories.
The guestbook expires on May 14, 2020.

Kimmy Laspina
Dear Cindy, Steve & Scott...Your family has my deepest sympathy...She's now in the 3rd heaven resting peacefully with our Lord & Savior...God bless you all.
Linda Laspina
I have nice memories of Loretta. May God rest her soul. My heartfelt condolences to the family. 💙
Cindy Laspina
Sincere sympathy to all...remembering Loretta fondly.
Samuel Lasina
Please accept my sincerest condolences on the passing of Loretta.
View all