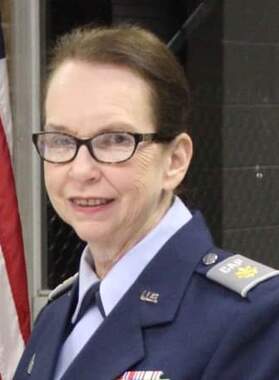 Back to Margaret's story

Margaret Louise Thorne-Dilley of Beckley, West Virginia, passed away on January 5, 2020.
She is survived by her loving husband of 48 years Kenneth Gail Dilley; a daughter, Kennette Gail Dilley-Lovett and son-in-law Timothy James Lovett of Austin, Texas; a son Robert Samuel Dilley and daughter-in-law Brittany Lee Elizabeth Dilley and grandson, Nathan Rhett Dilley of El Paso, Texas; a brother Dr. Lawrence Thorne and sister-in-law Sandie Thorne of Houston, Texas; a niece, Dr. Janel Beatie, and husband BJ and great-niece, Isabella Marie Beatie, of Spring, Texas; nephews Frank Thorne of Humble Texas; Scott Thorne and wife Sherry of Humble, Texas; Adam Thorne and wife Rachael and a great-nephew, Wyatt Lawrence of Houston, Texas.
Margaret graduated from Woodrow Wilson High School and continued her education earning a Bachelor's of Science degree in Biology with minors in Chemistry and Mathematics from West Virginia Wesleyan College. She entered Louisiana State University receiving a Masters in Microbiology and a minor in Biochemistry. She returned to West Virginia and completed the requirements necessary to earn a Bachelor's of Science in Education from Concord College allowing her to teach in West Virginia Schools.
Margaret began her teaching career as an Assistant Instructor and Lecturer II at the University of New Mexico. While there she taught Microbiology with lab, Pathogenic Bacteriology Lab, and Immunological Techniques Lab. Upon moving to Michigan, she was the Bench Supervisor for Research in the Department of Immunology and Microbiology at Wayne State University in Detroit, Michigan for two years. She then became the Laboratory Instructor and Coordinator for first- and second-years laboratories at Wayne State University School of Medicine. Margaret then moved back to West Virginia and began teaching at the Beckley College (later College of West Virginia and Mountain State University). She taught Microbiology Lecture and Lab, Chemistry 101 and 102 Lectures and Labs, Physical Science 101 and 102 Lectures and Labs, and Biology 101 and 102 Lectures and Labs. After earning her teaching certificate from Concord University, Margaret taught Environmental Science and Science 10 along with Science 7 and Science 8 in the Public School System. She taught 6th, 7th, and 8th grade Science and West Virginia History at St. Francis de Sales Catholic Middle School in Beckley, West Virginia. Upon retiring, Margaret continued her teaching by tutoring, as well as serving as Aerospace Education Officer at the Squadron and Wing levels for the Civil Air Patrol.
Margaret was active in the Boy Scouts of America. She served as a Den Leader in the Cub Scouts Pack 250 and as an Assistant Scout Master in BSA Troop 3. She was a Merit Badge Counselor and thoroughly enjoyed the outdoors. She especially enjoyed teaching Insect Collecting, Reptiles and Amphibians, and Camping Merit Badges.
Margaret enthusiastically continued teaching this time by joining the Civil Air Patrol Aerospace Education Program. Margaret earned numerous awards in CAP: WVWG Senior Member of the Year 2018; WVWG Aerospace Officer of the Year 2017 and 2018; MER Aerospace Officer of the Year 2018; Frank G. Brewer CAP Memorial Aerospace Award 2018; Lunar & Meteorite Certification , CAP, from Texas State LBJ Institute STEM Education and Research 2017; Exceptional Service Award for her Supervision of the AE Display at the 2017 National Boy Scout Jamboree; Region Commander's Commendation for the 2019 World Scout Jamboree; and numerous Wing Commander's Commendations. In Professional Development, she earned the A. Scott Crossfield Award achieving Civil Air Patrol's highest Master Specialty Rating in Aerospace Education by attending and receiving a certificate from the Civil Air Patrol National Aerospace Education Officers' School. She led by example. Margaret enjoyed attending Aerospace Events and showing her STEM kits at the: National Boy Scout Jamboree 2017; Aerospace Weekend - Robert C. Byrd National Aerospace Education Center; Midwest Homeschool Conference in Cincinnati, OH; Marshall University; State Legislative Day; and Professional Development Academy. At West Virginia Wing Summer Encampment, she taught cadets to build and launch model rockets. Her major accomplishment was mentoring her son. Robby earned the Gen Carl A. Spaatz Award, the highest achievement a cadet can earn.
Margaret was a devoted Christian and faithful servant to her Lord and Savior. She taught Sunday School classes for all age levels. She served multiple times on the Board of Deaconesses, Board of Christian Education, and the Board of Trustees. Margaret also worked in the Back Pack Ministries and helped pack shoe boxes every year for Operation Christmas Child. She was active in many programs and activities that helped to spread the Good News!
Honorary Pallbearers include: Lt. Col. David Chaney, CAP, Maj Tom Plass, CAP, Bobby Neal, Richard Wood, Don Martin, and Hal Atkinson.
Visitation will be held from 6:00 pm - 8:00 pm on Friday, January 10th at Calfee Funeral Home in Beckley. An additional hour of visitation will begin at 10:00 am prior to the service on Saturday, January 11 at the First Baptist Church of Beckley. The funeral service will begin one hour later at 11:00am, also at the church.
In lieu of flowers, contributions can be made to the Margaret Thorne Dilley Scholarship for Science Teachers Fund through the Beckley Area Foundation.
Online condolences may be left at www.calfeefh.com.
Arrangements by Calfee Funeral Home.
Published on January 8, 2020
To send flowers to the family of Margaret Louise Thorne-Dilley, please visit Tribute Store.

Send flowers
in memory of Margaret

A place to share condolences and memories.
The guestbook expires on April 07, 2020.

Buch‘s
Ken, Kenette, Robbie and families;
So sorry for the loss of your wife/mother and an amazing woman! She was such an inspirational and passionate educator who definitely impacted the future of our children. She encouraged the love of learning making it an exciting rewarding challenge.
Beverly Winter
Condolences to the family.
Libby kelly
So very sorry for your loss. Mrs. Dilley was an amazing woman. She lived next door to my mother, Blanche Davis. She was always so kind.her obituary was very impressive. Heaven has gained an angel
BJ, Janel, and Isabella Beatie
We are sorry for your loss. We will miss our creative, amazing Aunt.
Linda Darlington
Margaret will definitely be missed. She was a wonderful, compassionate lady.

I had the privilege/ honor of working with her at MS/CWV/BC as well as supervising her during student teaching when she sought her teaching
certificate. She substituted her me on numerous occasions at IHS and filled in for me during an illness.

Hugs and prayers for her family. Sorry for your loss.
Cecil & Tonya Dilley
We send our sincere condolences in memory of precious Maggie. All of you, remain in our prayers. Blessings to you all. Maggie will be missed!
Ginny Sheppard Carman
I am so sorry for your loss. Margaret and I graduated together. You are in my prayers. GOD BLESS YOU!
View all