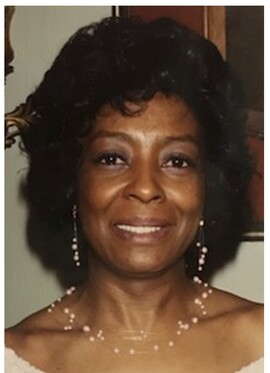 Back to Mrs. Doris's story

Mrs. Doris Royster Leftwich Venable left her earthly home on Saturday, January 4, 2020 to meet her heavenly Father and His son, Jesus, and to join her mother, father and brother, Robert D. Royster, who preceded her in death.

Doris was born September 1, 1937 in Alpoco, WV to the late Robert and Evelyn Banks Royster.

Doris graduated from Byrd Prillerman High School in 1955, where she was a cheerleader for four years.

Doris also graduated from Uni-Teq Institute of Automated Learning in New York as a keypunch and console operator.

Doris, while in New York, she joined John F. Kennedy Democratic Club in Harlem. She was considered a good organizer and fundraiser. She worked with Bobby Kennedy, Percy Sutton, Charlie Rangel, George Miller, Basil Patterson, and Clayton Powell. Doris headed a campaign headquarters in Harlem in 1968 where she met Hubert Humphrey who was running for President at that time.

Doris returned to WV in 1973, where she met and married Loyce Venable. They were married for 46 happy years. She was an avid reader and enjoyed working in her flower garden and taking care of her family.

Doris, after working for 27 years, retired from Kroger in 1999 and was a member of New Hope Baptist Church in Beckley, WV.

Friends may call one hour prior to the service at the church.

Plant a tree in memory
of Mrs. Doris

A place to share condolences and memories.
The guestbook expires on April 08, 2020.

Brenda Moore
Mike....my condolences to you and family on your loss. May God surround you with His love as you go through 🙏🏽🙏🏽🙏🏽🙏🏽
Jamal Hasan

My Deepest Sympathy To You My Sister, Michael, And Your Family.
MAY God Console All Of You During You Time Of Grief....With Deepest Love

Gary Wooten
My condolences to Uncle Loyce and the entire family.
I will always remember Aunt Doris....the laughs, her smile and her warm hospitality.
Angela Artis
At the time of need I'm praying for the family for strength and comfort.
Tonya L. Roberson
From the entire Bennett family you all have our deepest condolences. Praying for strength and comfort for you all during this most difficult time.
Peeks Chapel Baptist Chruch, Conyers GA

Prayers that God's promises will bring you comfort at this time and the days ahead.
Prayerfully submitted,
Peeks Chapel Women's Ministry