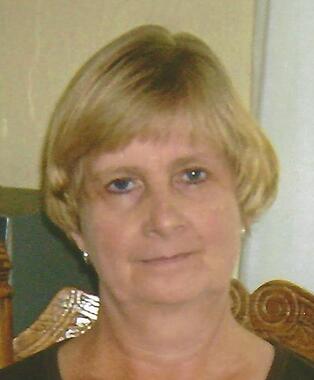 Back to Phyllis's story

II Timothy Chapter 4:7 & 8
I have fought a good fight, I have
finished my course, I have kept the
Faith: Henceforth there is laid up for me
a crown of righteousness, which the
Lord, the righteous judge, shall give
me at that day: and not to me only,
but unto all them also that love his
appearing.
On Saturday, July 13, 2019, Phyllis Gaye Jennings, 64, of Hillview Street, Princeton, won her angel wings after a courageous and hard fought battle at CAMC in Charleston.
Born May 27, 1955, in Princeton, she was the daughter of the late Calvin Warren and Dorothy Jean Conner Belcher.
Phyllis was a loving wife, mother, daughter, sister, aunt, friend and for the last 15 years, she had made her home in Princeton.
She was the oldest girl of five children.
On July 26, 1973, she became the bride of David Jennings and then on August 8, 1983, she became a mother to her pride, joy and best friend, Cynthia Dawn Jennings.
Phyllis was a member of the Herndon Freewill Baptist Church and was a homemaker.
In addition to her parents, she was preceded in death by a sister, Sharon Elaine Hall, a brother Steven Warren Belcher, grandparents, Doc and Gracie Austin Conner and Ira and Dora Mae Lafferty Belcher.
Left to cherish her memory are her loving and devoted husband of 46 years, David Wiley Jennings;
Loving daughter, Cynthia Dawn Jennings;
Loving brother and sister, Roger Belcher and Carolyn Belcher both of Garwood;
Several nieces and nephews;
Childhood best friend, Donna Rae Webb Johnston.
Funeral services to celebrate the life of Phyllis Gaye Jennings, will be held at 1:00 P.M. Thursday, July 18, 2019, from the Burns Wornal Chapel of the Memorial Funeral Directory and Cremation Center on the Athens Road in Princeton with Pastors W.O. Tolliver and Richard Massey officiating. Burial will follow in Roselawn Memorial Gardens in Princeton.
The family will receive friends from 11:00 A.M. until the service hour at the funeral home.
Online condolences may be shared with the family via www.memorialfd.com.
Family and friends will serve as pallbearers.
The Jennings family is being served by the Memorial Funeral Directory and Cremation Center on the Athens Road in Princeton.
Published on July 16, 2019
To plant a tree in memory of Phyllis Gaye Jennings, please visit Tribute Store.

Plant a tree in memory
of Phyllis

A place to share condolences and memories.
The guestbook expires on October 14, 2019.