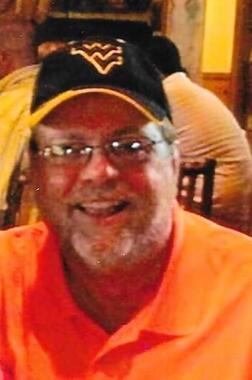 Back to Raymond's story

Raymond D. Jarrell Jr., 60, of Naoma passed away Saturday, Aug. 10, 2019, after a long battle with cancer. Born on February 15, 1959. He was the son of Raymond D. Jarrell Sr. of Naoma and Ruth Goble (Jack) of Auxier, KY. He was preceded in death by his grandparents who raised him Carl and Sylvia Jarrell, a special uncle, Donald Jarrell, and brother-in-law, Jimmy Brown. Uncle Roger Hamilton and a twin brother that died at birth. Raymond ran Jarrells/Backwoods Towing for 38 years and was an employee for Raleigh County Schools as a bus driver for 28 years. He was also a very proud 5-time World Marble Champion and of his job as Liberty Raiders Basketball bookkeeper. He was also a member of Naoma Methodist Church. Those left to cherish his memory are his wife of 35 years, Kimberly Brown-Jarrell; daughter, Heather Jarrell of Beckley; son, Carl Jarrell of Naoma and (his boy), Rusty Meadows (Niki) of Naoma. A special uncle whom he considered a brother; Lloyd Jarrell (Mary), Bernice Jarrell of Beckley, Linda Thames of North Carolina, Judy Dritsa of Florida. Mother and father-in-law, James and Lavina Brown of Fairdale; brothers-in-law, John Brown (Leah) of Fairdale and Jerry Brown (Alice) of Stover; sister-in-law, Amy Brown of Sylvester; cousins: Kristi Milam (Anthony), Kathy (Cliff), Cindy Manning (Keith special fishing buddy) and Stephanie Jarrell; a host of nieces and nephews that he loved dearly; a special family friend, Katlyn Edwards, and special pets, Baby Socks and Gangster. Pallbearers will be: Denny Zornes, Rusty Meadows, John Brown, Pat Canterbury, Lee Milam and Chris Toney. Honorary pallbearers: Randall Bonds, Ben Brown, Randy Lipford and Dr. Greg Jarrell. Funeral services will be held on Wednesday, August 14, 2019, at 1:00 in Armstrong Funeral Home, Whitesville, with Pastor Danny Gilfilen and Pastor Jerry Brown officiating; the special singers will be Mabel Brown, Susan Landy, Benny Turner and Jon Milam. Burial will follow in the Adkins Cemetery, Naoma. The visitation will be Tuesday, August 13, 2019, from 6-9 at the funeral home. Online condolences can be made at www.armstrongfuneralhomewv.com.
Published on August 11, 2019
To plant a tree in memory of Raymond D. Jarrell Jr., please visit Tribute Store.

Plant a tree in memory
of Raymond

A place to share condolences and memories.
The guestbook expires on November 09, 2019.

Restore the guestbook to view the 45 more posts by family and friends, and share a memory or message of condolence of your own.