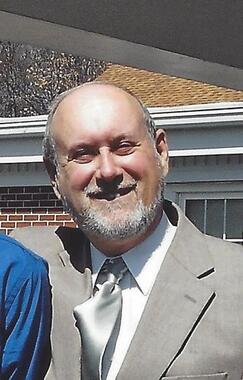 Back to Stephen's story

Stephen Wayne Snuffer, 68, of Cool Ridge, gained his wings and Christ's arms on July 13, 2018, after a long battle here on Earth. Born July 22, 1949, in Beckley, he was the son of the late Samuel Snuffer and Beaulah Lorado Mills Shuemake. Stephen had an amazing and well-versed life. He was an amazing dad, wrestling coach, soft ball toting coach, boy scout leader, and spent his life working with youth and young adults. In his careers, he was an award winning insurance salesman, published author and local historian of Indian artifacts. At the age of 40, he entered college to earn his B.S. in Criminal Justice and Leadership and continued pursuing his Master's degree. He served as a substance abuse counselor in West Virginia Correctional facilities Mount Olive. Stephen ran for United States Senate and went on to write many books of poetry, historical heritage, and created the first game board BECKLEYOPOLY. Stephen was a man who believed in his country and the Constitution and developed a Freedom rally in Beckley that celebrated our rights and responsibilities to love this nation, the laws and support those in office. Stephen was well versed in his dedication and commitment to serving Christ and left God's word with clients, friends, and strangers wherever he went. In addition to his father, he was preceded in death by a brother, Scott Snuffer, and special daughter-in-law, Melanie Stump Snuffer, who will meet him now with open arms. Stephen leaves behind his devoted mother; sister, Mary Catherine Rahall, and her daughter, Samantha Rahall, of Beckley; brother, Chris Snuffer, of Myrtle Beach, South Carolina. Stephen was married for twenty three years to his dedicated wife, Sharon Wiley Snuffer, and they shared three loving children, daughter, Stephanie Snuffer Geneseo, and husband, Arlan, and their children, Justin and Joseph Geneseo, all of Chesapeake, OH; Son and caregiver, Richard Stephen Snuffer and wife, Robin Snuffer, of Jumping Branch, WV, and their children, Charletta Marie Benedict, of Beckley, and her daughter, Cayleigh; Jessica Wills, of Shady Springs, and husband, Logan; their children Gunnar and Alyssa. Daughters: Aaliyah and Autumn Snuffer, and son Dakota Gillum; Son, Brian Snuffer, Shady Springs, WV; and his children: Samantha Trump and husband, Joshua; great grandson, Blake Trump, and baby boy yet to be; Haleigh and Payton Snuffer, all of Shady Springs. Stephen married again later in life in the Columbus, OH, Latter Day Saint Temple, to his wife of 23 years, Linda Dirrum Snuffer. Stephen also leaves behind his best friend and constant companion, Gracie, his German Shepherd who never left his side; two very special friends, Kevin Burgess, of Fayetteville, WV, and Roger McGrady, of Shady Springs, WV.
Services will be held 1:00 P.M. Monday, July 16, 2018, from The Church of Jesus Christ of Latter-Day Saints, 505 Overlook Dr, Stanaford. Following his services, the family will honor his request, he will be cremated. Friends may visit with the family Monday from 12:00 P.M. until the service hour at the church. Online condolences may be shared with the family via memorialfd.com. The family wishes to thank everyone who supported them, including Hospice nurses and staff, as well as the Cool Ridge Post Office for their love and support. In lieu of flowers, Stephen's request was that donations be made to The Church of Jesus Christ of Latter-day Saints Beckley Ward fund to help those in financial need. The Snuffer-family is being served by the Memorial Funeral Directory and Cremation Center on the Athens Road in Princeton.
Published on July 14, 2018
To plant a tree in memory of Stephen Wayne Snuffer, please visit Tribute Store.

Plant a tree in memory
of Stephen

A place to share condolences and memories.
The guestbook expires on October 12, 2018.