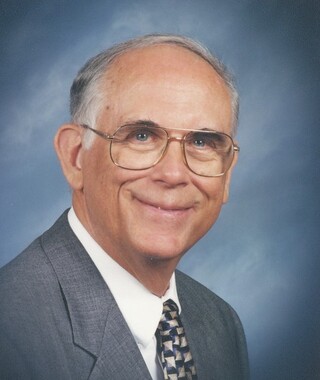 Back to Thomas's story

Thomas Joseph "Joe" Shank, Jr., 83, of Huntington, WV, passed away Friday, August 18, 2017, at his residence. Funeral services will be conducted Tuesday, August 22, 2017, 11:00 am at Chapman's Mortuary, Huntington, with services by Rev. Teresa Deane. Burial will be in Woodmere Memorial Park, Huntington. He was born February 20, 1934, in Huntington, a son of the late Thomas Joseph and Macie Hedrick Shank. Joe graduated from Huntington High School and attended Marshall College. He became an amateur radio operator when he was 18 with the call letters of W8KBT and later he became W8QY Extra Class and reached ARRL DX Honor Roll with 387 confirmed countries contacted. He was President of Shank's Oil Company; owned and operated Shank's Tire Service and Black & White Taxi; and was a Realtor. He was a member of Johnson Memorial United Methodist Church and the Huntington Rotary Club. He was a devoted husband, father, grandfather and great-grandfather. Joe is survived by his wife of 58 years, Mary Ellen DeFoe Shank; three children, Tammy Shank Hulett of Huntington, Vickie Shank Romine and her husband Brad of Winston-Salem, NC, and Thomas Jeffrey Shank of Los Angeles, CA; four grandchildren, Shonda Hulett Otwell and her husband Jacob, Kandra Hulett, Reed Thomas Romine and Grant Joseph Romine; four great grandchildren, Kameron, Lauryn, and Ferrin Miller and Cadhin Otwell; and brother, Richard Lee Shank. Visitation will be from 6:00 to 8:00 pm Monday, August 21, 2017, at the funeral home. Online condolences may be sent to the family at www.chapmans-mortuary.com
Published on August 19, 2017
To plant a tree in memory of Thomas Joseph "Joe" Shank, please visit Tribute Store.

Plant a tree in memory
of Thomas

A place to share condolences and memories.
The guestbook expires on November 17, 2017.